How might we encourage positive support through in-app engagement to generate revenue rather than a paywall?

For this project, we designed and tested a possible revenue source for a free streaming service. Within the world of streaming media, the most common model of revenue generation is subscription-based. This model usually offers a strong up-front value to the user. Also, it provides long term value to the streaming service by allowing access to a large catalogue with a small initial payment while guaranteeing revenue long term as long as a user is using the service.

However, with the explosion of new services especially in the past few years the model is showing some strain. While the cost of any single streaming service for a month is usually low, at this point it’s likely the average user either already has a few subscriptions or has avoided them entirely. The subscription fee becomes a paywall that limits the service’s content exposure and even commonly offered free trials end up feeling like a cost against the user’s attention.

To bring a new streaming service into this crowded field, we wanted to try out an alternate plan of attack, and began by doing a benchmark analysis of current subscription programs, as well as alternate modes of user support

For our benchmark analysis, we wanted to understand some of the different content and revenue models that are available across the industry. Our top target for analysis was spotify, since it currently is the most popular app for streaming audio, encompassing podcasts and music. Spotify’s free service allows full catalogue access on web and limited random access on mobile, with regular ad breaks. Its paid subscriptions remove those guardrails on the user experience, removing ads and allowing full user control on the mobile app. Since most users are mobile users, the free experience is mostly a way to view what’s available in Spotify’s full catalogue and get a radio-like experience.

Twitch has an alternate model. All of their live streaming content is free to view for all users, and subscriptions instead are a way of users receiving benefits when they watch individual channels that they support. Users can also directly contribute to streamers, either by direct donation or using an in-app currency called bits. Bits allow Twitch to collect revenue off of direct donations, but there’s not much incentive for a user to use them over a direct donation.

Patreon is a notable service with a similar business model to Twitch’s donation and subscription based support, but it covers content creators on a wide array of external platforms. Since Patreon isn’t a content provider in itself, it wasn’t included in our initial analysis. However, as a platform that successfully encourages user support of creators it served as a valuable model of an alternate model of engagement. As we’ll elaborate on later, the lack of directly hosted content on Patreon ended up becoming an opportunity since it creates a space for a more directly integrated user supported streaming platform.

From this research, we wanted to create a prototype that both utilized existing client wireframes and tested them with a speculative model for raising revenue. In order to differentiate from existing revenue models, we decided instead of a walled garden subscription model for some premium content, we’d instead test a model focused more on encouraging user engagement and support within the content ecosystem.

We added screens for voting on new shows to the initial wireframe, and then used that simple model to run our first round of combined demographic and usability testing. 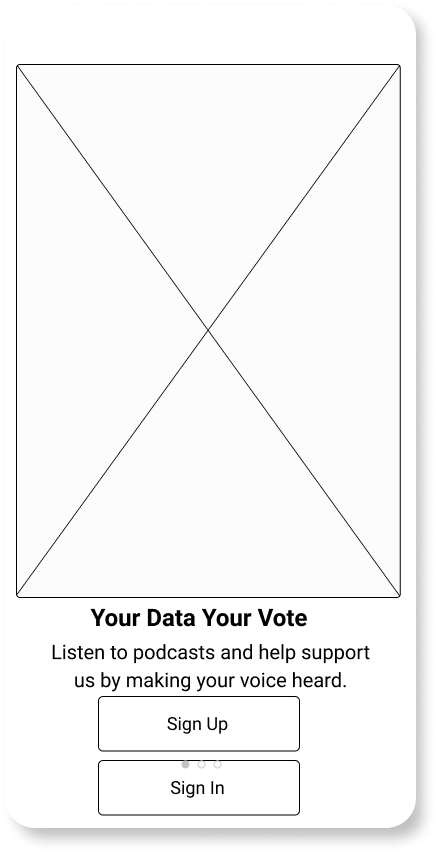 My initial wireframe for to lay out the isometric keyboard and features.
2 / 4 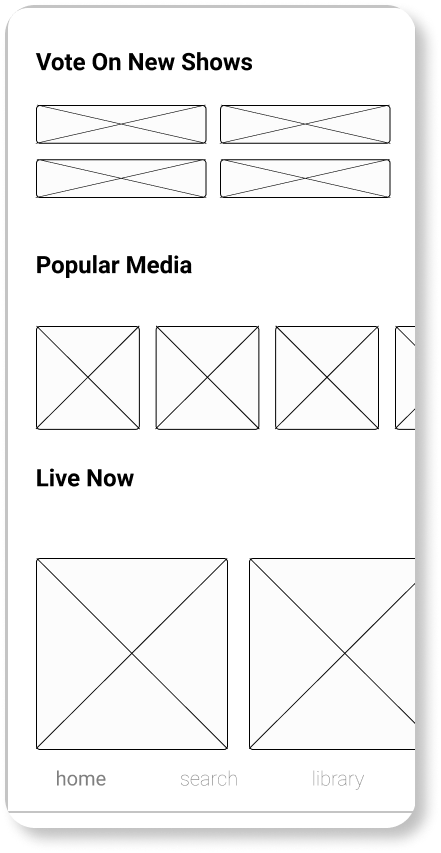 The design at the time included settings for customizing sound and layout.
3 / 4 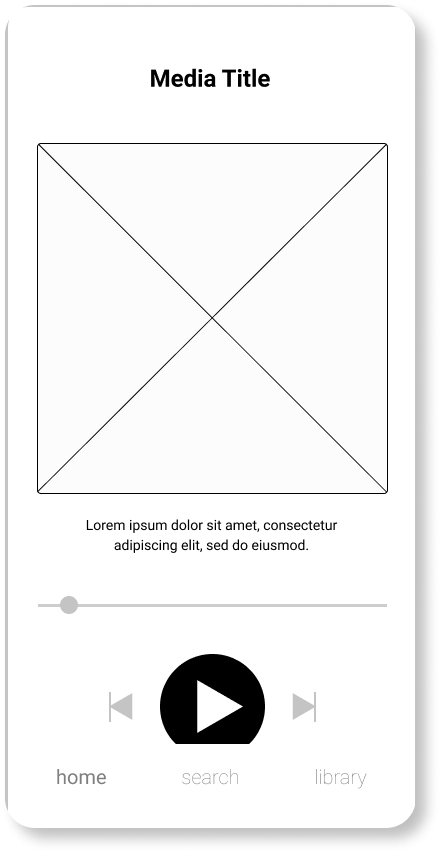 In transitioning to high fidelity
4 / 4 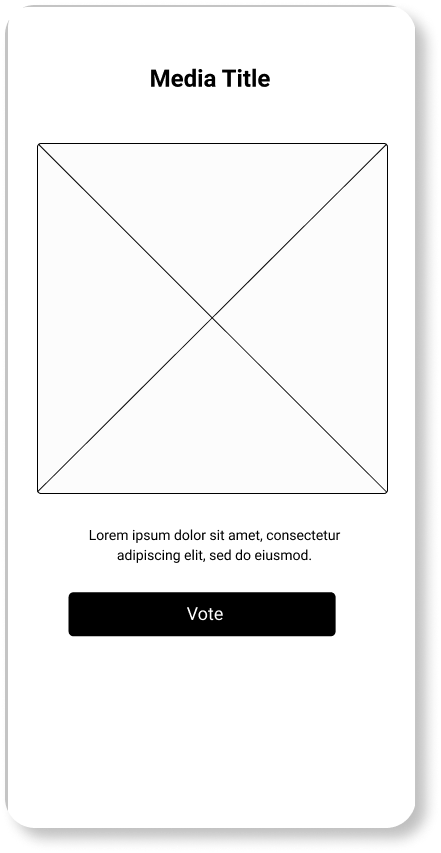 We brought our first cohort the prototype we had put together with the wireframes. After getting some demographic information, we then provided each participant with the link and prompted them to explore the services offered in a new streaming app. The most common point of demographic intersection for the cohort was a Spotify subscription, with everyone either having their own paid subscription or sharing one with their family.

The most frequent point of feedback concerned the need for better communication around the voting system and the logistics of how it works. To some extent, this was expected feedback based on the jerry-rigged nature of our prototype, but it gave us valuable feedback on how to consolidate the voting features into existing menus and screens instead of being separated into its own part of the app. The other main point of feedback was that the value proposition for voting was confusing.

Our hypothetical client here is at home soft drink appliance maker SodaStream, using their existing synergistic branding to move into streaming media with an original podcasting and music service called PopStream. We created a logo based on existing SodaStream branding, and extended that into voting becoming a branded in-app currency known as bubbles.

Extending this brand identity, we focused on rounded corners in most of our design, and a shade of coral reminiscent of cola filtered through ice cubes, as in our main brand image.

With our Popstream brand identity in hand, we began to turn our wireframes into fully prototyped user flow. Our goal here was to emulate the full experience of earning bubbles and spending them to support a content creator. A big part of this process was refining the user flow by combining the process of supporting and listening to a creator to a single screen. While this helped consolidate the entire user experience, that efficiency came at a cost. The UI presentation was less spread out, but it meant that there were more factors for us as designers to consider in each screen. Thankfully, we were able to use Figma’s components to create interactive functionality within screens that could duplicated across the app, making it simple to duplicate navigation and bubble buying flows across the whole prototype.

“What do I get for my support?”